Behind this harsh and unforgiving life, the seemingly enormous distance between people could be closer than it seems…

A tale of an unlikely couple, sharing a life together across their vast differences in age and background

Having dropped out of university in his youth and encountered numerous difficulties at work, Ah Ping now lives with his pet goldfish in a rented single room, as he writes his first play – The Island of Golden Fish. April is a teenage girl who ran away from her home in Hong Kong. Alone and helpless, she wanders into Ah Ping’s home one day. They soon move in together, despite having only met each other twice and the age difference of more than ten years.

The Island of Golden Fish was previously performed as part of the Playwright Scheme VII by Prospects Theatre, as well as the Hong Kong Repertory’s Reader’s Theatre. The latest talent to watch in the local theatre scene, Si Wen presents an empathetic and insightful examination of the loss and confusion experienced by today’s youth, as they struggle with various difficulties in life, search for the notion of freedom, and go after their dreams. All four performers in this play are graduates from the Hong Kong Academy for Performing Arts in recent years. Under the professional guidance of the HKRep, they join forces to attempt a bold new take on theatre with their explosive, youthful originality.

The New-Wrighting Series presents a selection of original works with a theme surrounding contemporary Hong Kong. The format is wide open and new talent from the city is encouraged to take part in a variety of roles including playwright, director, performers and other design positions. The energy and creativity of these young artists will be given a professional boost from artistic direction and production advice from the HKRep in the creation of unique and passionate new theatre.

The HKRep calls for submission of new scripts from the public, with veteran directors from the company and the wider theatre community on the selection panel, including Artistic Director Anthony Chan, Resident Director Fung Wai Hang, renowned director Weigo Lee and Roy Szeto, with playwright Paul Poon on board as the advisors. 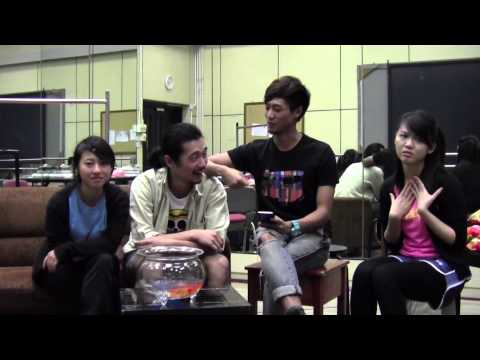