The Great Pretender – a musical [Preview]

The world has gone topsy-turvy, and snow falls even in June.

Fong Tong Geng, Guangdong’s most prominent advocate, is known for his greed and malice and his shenanigans in the magistrate. But Heaven deals him a blow. His money and property turned to naught in just one night, all because of a curse laid on him 16 years ago. In order to save himself, Fong must fight his way back to the magistrate to right his wrong, and redeem himself as the champion of the common man.

Commissioned by West Kowloon, co-presented and co-produced by  the HKRep and West Kowloon, The Great Pretender assembles Hong Kong’s top creators and performers. Using the language of musical theatre to separate truth from falsehood, and the stage to enact an old fable for our contemporary world, it holds up a bright mirror in defence of justice for all.

About the preview performances

The preview performances are part of the creation pathway for this new work. They allow our creative team to exchange with audiences and assess the impact and reception to the various components of the musical – the music, songs, scenography, staging, choreography and performances.

To make this process effective, your participation and input is crucial. Audiences attending these performances are invited to give feedback via the questionnaire, and to join the Post-performance Discussion in June 2019.

We hope you can join us and look forward to welcoming you to be part of this exchange.

Presented in Cantonese with Chinese and English surtitles

Recommended for ages 6 and above

Co-presented and co-produced by 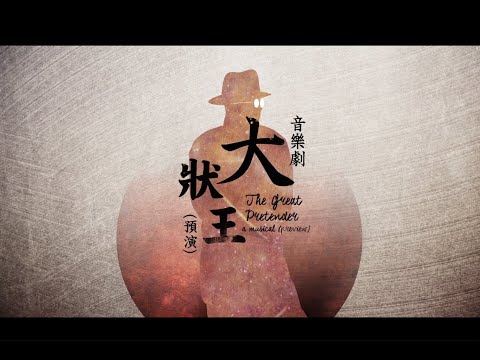